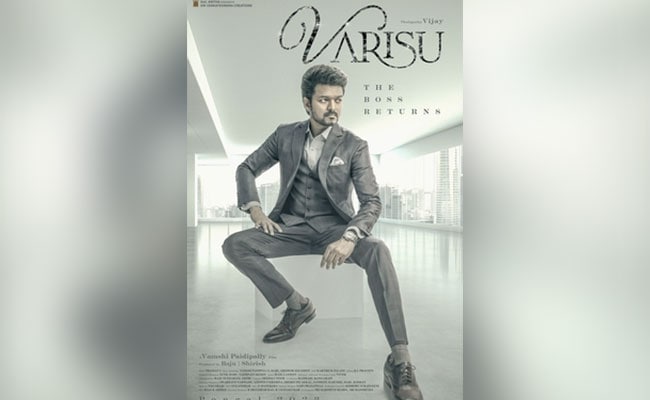 Thalapathy Vijay and Rashmika Mandanna will be seen in important roles in the upcoming family entertainer film directed by Vamshi Paidipally. Thaman S has given music in this film. Asia’s premier music label and film studio, T-Series and South India’s reputed production house Sri Venkateswara Creations, headed by Dil Raju and Shirish have come together to present the music of Thalapathy Vijay’s much awaited film Varisu.

Directed by Vamshi Paidipally, the film will be released theatrically in Pongal 2023. Regarding this Bhushan Kumar says, “Working with Dil Raju has been a great experience, I am very excited about this new association, and hope it will definitely create magic on the musical charts. Being a high-octane entertainer, music is an integral part of Thalapathy Vijay’s Varisu”.

Dilraju says about this, “Varisu is an ideal family entertainer film, which everyone wants to see on a festival like Pongal. Music is an important part of any film, I want to share the rights of this particular film with Bhushan Kumar’s T- Happy to hand over the series as they know our nerve and will deliver the soundtrack for the same. Thaman.S has given scintillating tunes that fans will surely love”.