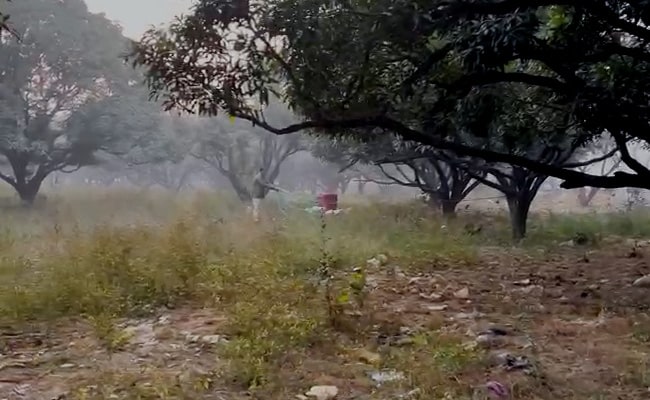 A bomb has been found in Rajindra Park, some distance from the residence of Punjab Chief Minister Bhagwant Mann in Sector 2. According to the information, the bomb shell was active. The bomb has been carefully placed in the fiber drum. At the same time, sand bags have been placed around it. Chandi Mandir Army has been informed about this. Some jawans have been deployed here for security.

The Chief Minister’s residence is just 2 kilometers away from where this live bomb shell was found. Civil Defense Nodal Officer Kuldeep Kohli has confirmed the finding of a live bomb shell.

The Chief Minister’s helipad is just a short distance from the spot, so it is being considered as a big dent in his security. There is also the residence of Haryana CM Manohar Lal Khattar nearby.

According to the news agency ANI, a passer-by saw the bomb shell near Rajindra Park, a short distance from Kothi in Sector 2, Chandigarh. He immediately informed the police about the incident. The jawans present there immediately placed sandbags around the shell and called the bomb disposal squad. In view of the matter, the entire area has been sealed. Along with this, the security system was also tightened there.