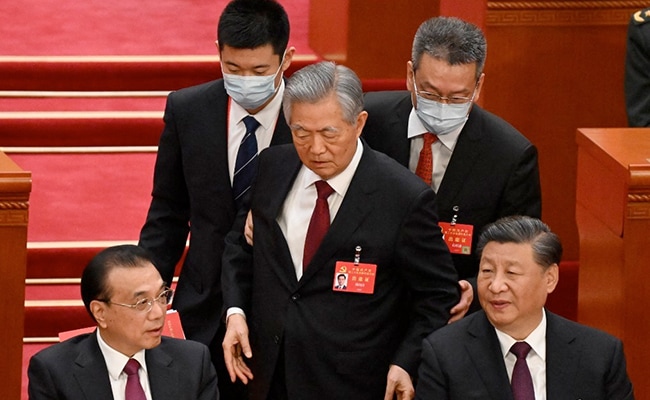 A week-long conference of the ruling Communist Party of China (CPC) in China (Congress) was held on Saturday with the passing of several resolutions including elections to the party’s Central Committee and changes to its constitution to give more powers to President Xi Jinping. Done.

But during this a surprising video has surfaced. In which Hu Jintao, who was the President of China before Xi Jinping, was thrown out of the General Conference by holding hands.

Drama in China as former president Hu Jintao is escorted out of the closing ceremony pic.twitter.com/AzsqUJWuFx

news agency Reuters reports I quoted an eyewitness as saying, 79-year-old Hu was sitting next to Xi Jinping during the General Conference at the Great Hall of the People in Beijing. Then two people come to the auditorium and take them out by holding their hands.

On Sunday, Hu looked a bit shaky, having been brought on the same platform to support him in the opening ceremony of the general convention.

The session on Saturday was chaired by President Jinping, whose name is expected to be proposed for a third term on Sunday. Jinping is completing his 10-year term as CPC chief and president this year. He will be the first Chinese leader after party founder Mao Zedong to serve a third term in power. Mao Zedong ruled for almost three decades.