Skip to content
Home Latest News December 4 Is The Day To Remove The Stigma Of The Mountain Of Garbage, Said Gopal Rai On The Announcement Of The Dates Of MCD Elections 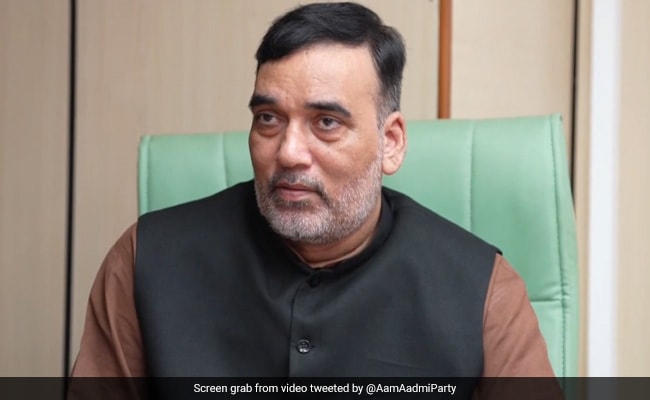 The State Election Commission of Delhi has announced the dates for Municipal Corporation Elections (MCD) in the capital. Under the MCD elections, voting will be held on December 4 while the results of the elections will come on December 7. After the announcement of MCD elections, Aam Aadmi Party leader and Delhi government minister Gopal Rai has given his response. He said on Friday that I want to make it clear that the stigma of the mountain of garbage that BJP has given to Delhi, this time December 4 is the day to erase this stigma.

Gopal Rai further said that today the much awaited MCD election has been announced. The BJP raised its heel that elections should not be held but we are thankful to the court and the Election Commission that finally the announcement was made. The people of Delhi were waiting since May and today they are very happy because they do not understand how to solve this many garbage dumping Delhi. Despite getting a chance three times, the people of Delhi were given the gift of identification of three garbage (mountains of garbage) to the MCD. Delhi, which was once known as India Gate and Qutub Minar, is getting infamous today because of these mountains. December 4 is the day to remove the stigma of these garbage mountains.

He further said that they were going to make mountains of more garbage. You see them on one side and CM Kejriwal on one side. When people gave a chance to Arvind Kejriwal, we worked on providing schools, hospitals, water-electricity, pilgrimage, free bus travel for women. At the same time, BJP had only MCD, but they could not do that too. Rai further said that we are fully prepared for the elections. If elections were held in May, more seats would be available now than they would have got.