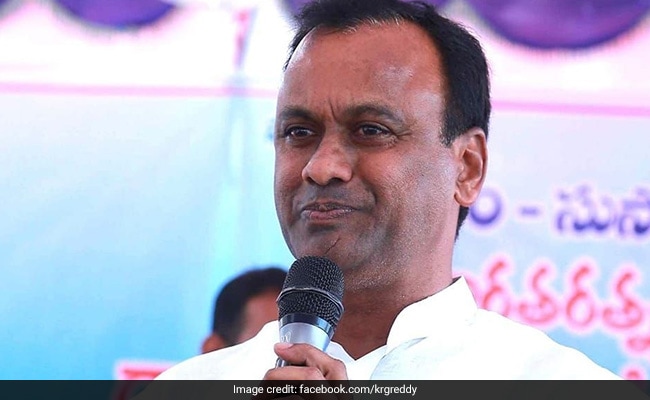 Ahead of the Munugode assembly by-election in Telangana, the Election Commission on Sunday appointed Bharatiya Janata Party (BJP) candidate K. Rajagopal Reddy to explain the transfer of more than Rs 5 crore to 23 people and institutions in the constituency from the account of a company owned by his family. In a letter to Reddy, the Election Commission has also asked him to ensure that the Rs 5.24 crore under consideration is not used to influence voters. Reddy has been asked to explain the transaction of the amount by 4 pm on October 31.

Let us tell you that the Telangana Rashtra Party (TRS) on Saturday accused BJP candidate K Rajagopal Reddy, who is contesting the by-election from Munugod assembly, of spending five crore two lakh rupees from the company’s account to buy votes. The TRS party also informed the Election Commission, Chief Electoral Officer, Election Observer and Police Observer and District Election Officer about this huge expenditure of the BJP candidate. TRS has accused the BJP candidate that five crore two lakh rupees have been used to buy votes of the people in the Munugod by-election.

(Except for the headline, this news has not been edited by the NDTV team, it has been published directly from the Syndicate feed.)