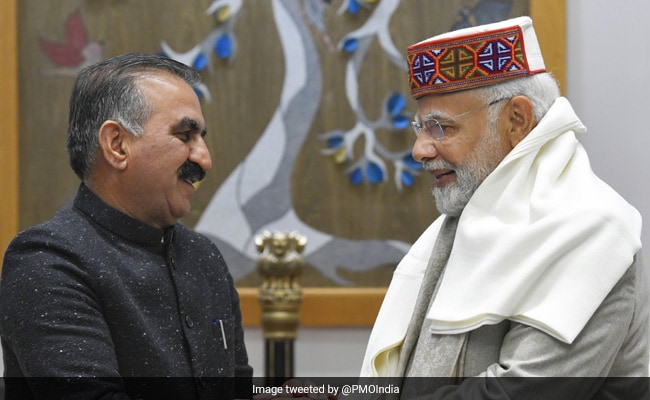 Himachal Pradesh Chief Minister Sukhwinder Singh Sukhu met Prime Minister Narendra Modi on Tuesday. This information has been given by tweeting the picture on behalf of the PMO. This is Sukhu’s first meeting with PM Modi after becoming the Chief Minister of Himachal Pradesh. Let us tell that earlier on Monday, he had also met the President and the Vice President. In the recently held assembly elections, the Congress won the state, after which Sukhwinder Singh Sukhu was made the Chief Minister on behalf of the party.

After meeting Dhankhar, Sukhu said that they discussed several issues of development and public welfare. In a tweet, the Chief Minister’s Office quoted Sukhu as saying, “It was wonderful to meet and discuss with the Vice President on various issues related to the development of Himachal.” ‘