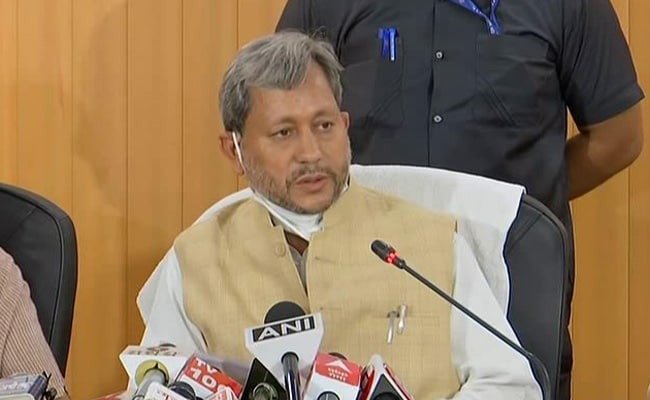 A purported video of Tirath Singh Rawat, former Chief Minister of Uttarakhand and Lok Sabha MP from Pauri, known for his statements, has surfaced in which he is saying that no work can be done in the state without paying commission. It is not known when this video is from, but in this BJP leaders are seen sitting in a room and expressing concern over ‘commissioning’ in the state.

Tirath Singh Rawat is heard saying, “I have been the Chief Minister and perhaps I should not say this, but I have no hesitation in saying that when we separated from Uttar Pradesh, I was there to get the work done. Had to pay commission up to 20 percent.

He added that the commission should have come down to zero after it was carved out of Uttar Pradesh but unfortunately it continues even today and “we have started with 20 per cent commission”.

Uttarakhand came into existence on 9 November 2000 by separating from Uttar Pradesh.

Rawat said, “I have been told that no one can get anything done here without paying commission.” He said, “Commissioning was prevalent in Uttar Pradesh and unfortunately it continues in Uttarakhand as well. ,

Rawat, however, said that no one person is responsible for this. He said, “It is a mindset. This will be fine only when we get the feeling that this is our state, our family.

The former Chief Minister has been creating controversy with his statements in the past as well. In March last year also, Rawat was in the news for his statement about the youth wearing torn jeans in the absence of rituals. Shortly after that, he sparked controversy by saying that America had kept India as a slave for 200 years.