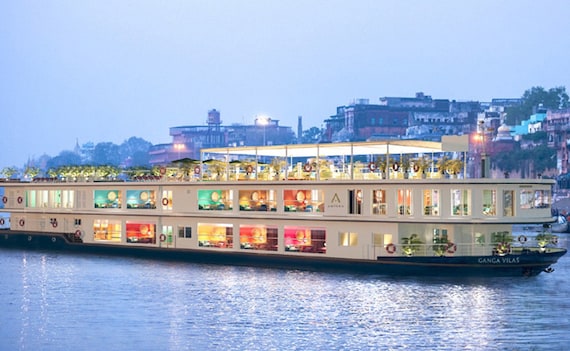 MV Ganga Vilas Cruise in Varanasi is leaving on its maiden voyage today.

Prime Minister Narendra Modi is flagging off the world’s longest waterway cruise in Kashi, as well as inaugurating the tent city. The cruise is going to start from Varanasi from today. MV Ganga Vilas Cruise is the longest cruise in the world.

Uttar Pradesh Chief Minister Yogi Adityanath is also present on this occasion at Ravidas Ghat in Varanasi. Apart from this, the Prime Minister is also formally inaugurating four community jetties of UP and a tent city for tourists in Kashi.

Four floating community jetties have been built at Saidpur, Chochakpur, Jamania in Ghazipur district of Uttar Pradesh and Kanspur in Ballia district. Apart from this, the Prime Minister is also laying the foundation stone of five community ghats at Digha, Nakata Diyara, Badh, Panapur in Patna district and Hasanpur in Samastipur district of Bihar.

The Prime Minister is also inaugurating the Maritime Skill Development Center for the North East in Guwahati. It will help in tapping the rich talent pool in the North Eastern region and provide better employment opportunities in the fast growing logistics industry.