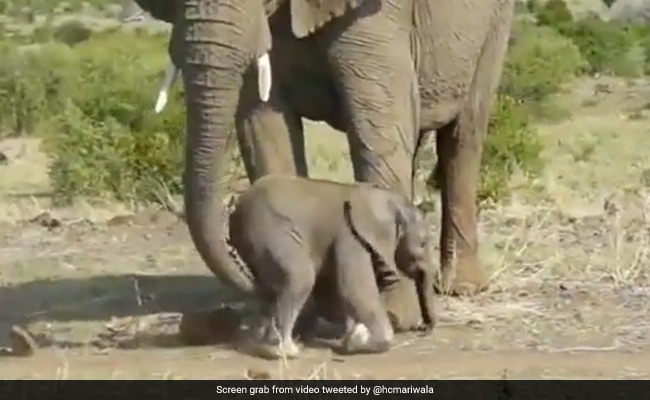 Rahul Gandhi has appealed to the Chief Minister of Karnataka for the treatment of the baby elephant. (file photo)

Congress leader Rahul Gandhi is on a tour across the country these days for ‘Bharat Jodo Yatra’. During this, he keeps updating people about himself and his journey through social media. On Wednesday too, he shared a picture on Twitter, in which the love and Mamta inside Rahul Gandhi is clearly visible. Rahul Gandhi also wrote a letter to Karnataka Chief Minister Basavaraj Bommai regarding this.

Rahul Gandhi shared a picture of an elephant and its baby on Twitter. In this, the child of an injured elephant is standing with its mother. The mother is also caressing the child with love. Rahul Gandhi wrote, “A mother’s love.. I am deeply saddened to see this beautiful elephant fighting for life with her injured little child.”

I felt so sad to see this beautiful elephant with her injured little baby fighting for its life. pic.twitter.com/65yMB37fCD

It is said that this picture is of Nagarhole Tiger Reserve in Karnataka. Rahul Gandhi is currently in Karnataka for ‘Bharat Jodo Yatra’. This journey of his in Karnataka will last for 21 days from 30 September to 20 October. Where he will travel 25 km every day.

Nagarhole Tiger Reserve in Karnataka is a wildlife sanctuary. It is also a part of the Nilgiri Biosphere Reserve. It was named after the Nagarhole river. It was earlier also known as Rajiv Gandhi National Park. This tiger reserve had also come under fire recently, due to which many acres of forest were destroyed.