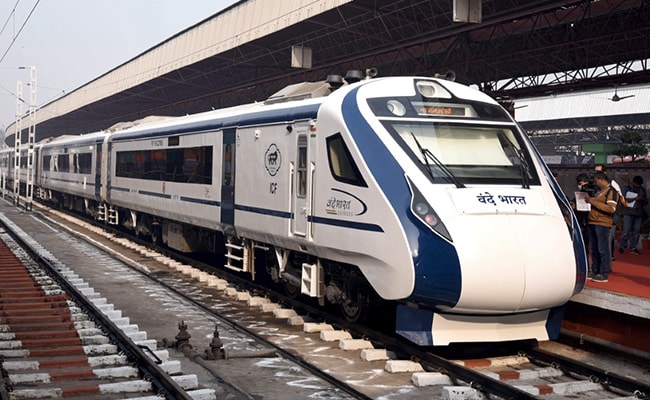 Just days after the flagging off of the Vande Bharat Express connecting Howrah and New Jalpaiguri, there have been 2 incidents of stone pelting on the train in West Bengal in the last 2 days. However, no one was hurt in the incident. Only one glass of the main door was affected. The train reached its destination on time. This was the second incident of stone pelting on this train in the state within 24 hours. The allegations and counter-allegations of the ruling party TMC and the main opposition party are being seen in the state regarding the incident.

The Bharatiya Janata Party (BJP) has demanded a National Investigation Agency (NIA) probe into the matter. Leader of the Opposition in the West Bengal Legislative Assembly and BJP leader Shubhendu Adhikari asked whether the incident took place at the inauguration ceremony at Howrah station. Is it “revenge” for chanting “Jai Shri Ram”?

He tweeted, “Unfortunate and disgusting. Stones pelted at Vande Bharat Express, the pride of India in Malda, West Bengal. Was this done to avenge the chanting of ‘Jai Shri Ram’ at the inauguration ceremony? I urge the Prime Minister’s Office, Ministry of Railways to hand over the investigation of the matter to the NIA and punish the guilty.