Skip to content
Home Latest News The Ground Was Sinking 2.5 Inches Every Year In Joshimath And Its Neighboring Areas: The Report Revealed 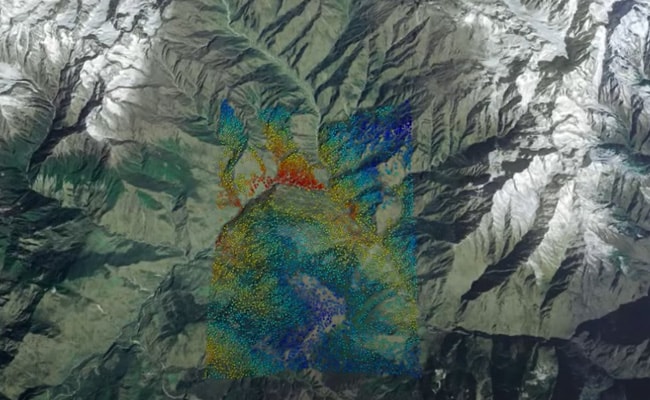 A two-year study by the Indian Institute of Remote Sensing found that Joshimath and its surrounding areas were sinking at a rate of 6.5 cm or 2.5 inches per year. This study has been done by the Dehradun-based institute using satellite data. After cracks in many houses in Joshimath in recent days, it is being discussed all over the country and many efforts are being made by the government to save the people safely. The local people of Joshimath have blamed the Tapovan project of National Thermal Power Corporation or NTPC for these cracks.

Satellite images collected from July 2020 to March 2022 show that the entire region is slowly sinking. The red dots mark the sunken parts. The data shows that they are spread across the valley and are not confined to Joshimath.

Here, the action to demolish the affected hotels could not be done on Tuesday. This action of the government is being continuously opposed by the local people and hotel owners. Compensation is being demanded from the government on behalf of the hotel operators. After the protests, the administration has decided that bulldozers will not be used. Demolition will be done manually. According to the information, the administration is working on a one-time settlement plan. The government has called a team of CBRI to make a proper plan for the demolition of the houses. So far, cracks have appeared in a total of 731 houses.

Significantly, the state government had decided to demolish the ‘Mount View’ and ‘Malari Inn’ hotels on Monday. In which a big rift has come recently and both have bowed towards each other. This has created a danger to the surrounding buildings. Barricades have been put up in the area and power supply to these hotels and nearby houses has been stopped due to which around 500 houses are facing power shortage.

A total of 131 families have so far reached temporary relief centers amid ongoing efforts to evacuate people, while the number of houses affected by cracks and land subsidence in Joshimath has gone up to 723. The Chamoli unit of the Disaster Management Authority gave this information in a bulletin on Tuesday. 86 houses have been marked unsafe in the area. The district administration has put red marks outside such houses. Thakur Singh, the owner of Malari Inn, said, “I came to know about this from the newspaper this morning. No prior notice was given. If the government has deemed my hotel unsafe, it should come out with a one-time settlement plan before deciding to demolish it.