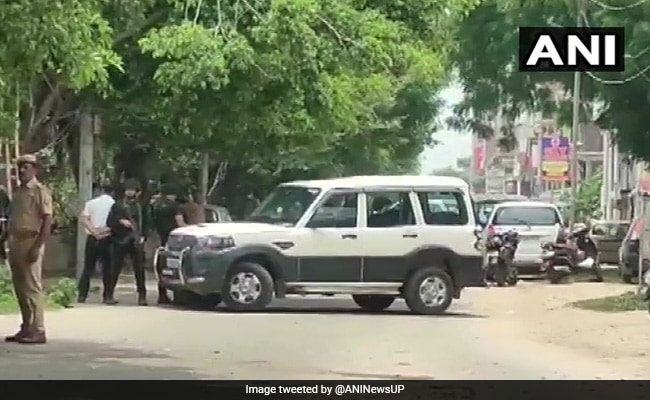 After the arrest of 5 terrorists of foreign terrorist organizations in Saharanpur, Uttar Pradesh, the district’s SSP Dr. Vipin Tada has issued a ‘high alert’ in the district asking people to be alert. The SSP said on Tuesday that Uttar Pradesh ATS has arrested 5 madrassa teachers and operators of Saharanpur. They belong to the terrorist organization Al Qaeda and its affiliate Jamaat-ul-Mujahideen Bangladesh.

UP ATS has arrested 8 suspected terrorists. Of these, 5 are said to be residents of Saharanpur. ATS is questioning everyone. It is being told that all these terrorists were connecting people of radical ideology with themselves and inspiring them for jihad.

Those arrested from Saharanpur include Ruqman, Qari Mukhtar, Kamil and Nawazis Ansari and Mohammad Alim Shahzad of Shamli district of Saharanpur division has been arrested. According to ATS, Kamil is a resident of Jahirpur village of Deoband Kotwali. He lives in Salempur village of Thana Rani of Haridwar. Kamil has been arrested along with Mudassir from Haridwar itself.

According to the police, Lukman has been arrested from Madrasa Dare-Akram located in Sayyed Majra village of Gagalhedi police station. Lukman is the director of this madrasa. ATS has also arrested Mohammad Aleem, a resident of Kailashpur in Gagalhedi police station. Aleem is an active member of the terrorist organization. Aleem, Ahsan Bangladeshi was introduced to Luqman, Shahzad and Qari Mukhtar.

Abdul Talha got in touch with Luqman. After this, Luqman, Talha and Nawazis Ansari joined hands with Kamil Qari Mukhtar and Aleem and joined the organization. Pen drives, mobile phones and other incriminating documents have been recovered from the arrested suspected terrorists.

Significantly, in March and August, the NIA had arrested three terrorists of Al Qaeda and Jamaat-ul-Mujahideen Bangladesh. On the basis of their interrogation, UP-ATS arrested these eight suspected terrorists on the inputs received from UP-ATS and NIA. Out of which four are residents of Saharanpur, one is a Bangladeshi national and two are from Uttarakhand. One is a resident of Shamli district. SSP Dr. Vipin Tada has instructed the police and the local intelligence unit to search all the hiding places of the suspects.